Automation of User Interface (UI) testing has matured significantly in recent years. Through the use of no-code tools, UI test automation is now accessible for a broader audience, enabling Line of Business (LOB) and compliance personnel to create and execute automated tests with confidence.

Through automation of actions such as filling in forms and clicking buttons, UI Test Automation enables a significant reduction of line of business resources dedicated to testing, all the while creating a possibility for an increase of test coverage beyond what is feasible with manual testing. The result is:

UI Test Automation is here to stay. The big question is to what extent test automation can make a difference in your particular organization.

Why should UI testing be automated? 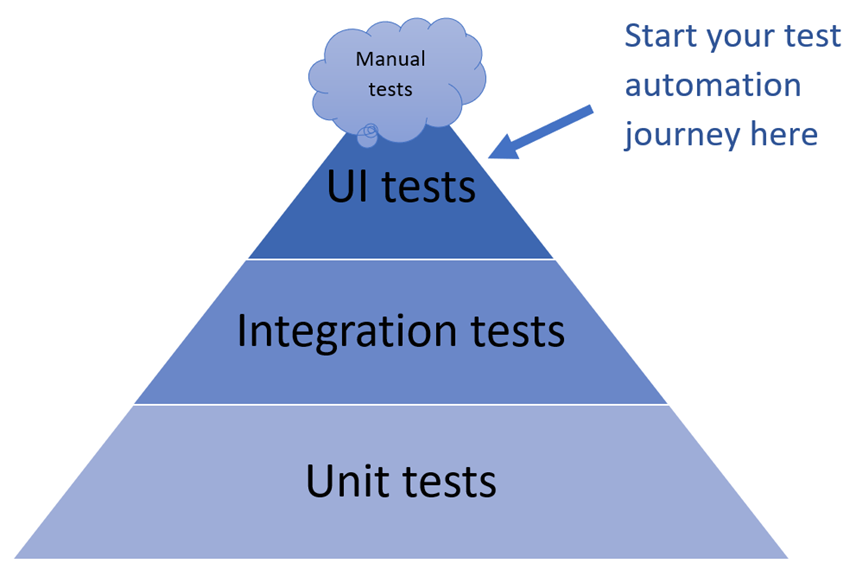 Advantages of automated UI testing from a learning-perspective

Watching automated UI tests being performed is very akin to watching test being performed over the shoulder of a manual tester – except the automated tests are much faster. This provides much better transparency on both the functionality being tested and on what goes on during test execution compared to lower level tests. Because UI tests emulate the user experience, passing a UI test directly translates to working software. Therefore, these kinds of tests more easily build confidence – and confidence is one of the most important keys to getting rid of automation fear.

Depending on the nature of a project, an organization, and the maturity of software in development, some automation tools and approaches will provide a better fit than others. Furthermore, automation of testing requires an upfront investment before benefits can be realized – an investment that must ideally be carefully thought out before it is made. We recommend gaining first-hand experience with automation by automating only a limited set of tests to begin with. In this way, you will acquire valuable insight into best practices, as well as insights into how test automation can best provide value in your setting.

Awareness of automation is key

The most pressing concern related to test automation should be the very choice and awareness of automation itself. In a marketplace where efficiency and speed are primary in remaining competitive, it is of the utmost importance that executives, managers, and key employees are able to recognize automation-opportunities, discern between automation-solutions, and consider just how much automation is needed for project and product success. If this sounds difficult, don’t worry – we’re here to help.

Do you want to get started with automation immediately?

Feel free to check out our test automation assessment to get started! You are also welcome to contact us.

Our consultants have extensive experience working in GxP, agile, and waterfall project environments. Pharma IT is also a LEAPWORK and AccelQ partner, and we have hands-on experience with several other tools for UI test automation. Our UI Test Automation-services span four core areas: Strategy, Tool Selection, Deployment, and Maintenance.

Do you want to get started with UI test automation immediately?

Check out our UI test automation assessment and we will get back to you!

Do you want to know more about test automation?

Our consultants are ready to assist you