Interview: Jeppe Resen Amossen on the Future of CSV and Test Automation


Computer System Validation (CSV) is currently undergoing rapid change - in part due to the advent of large-scale automation. We've had the chance to ask Senior Consultant Jeppe Resen Amossen about the future of CSV and Test Automation, including risks, benefits, and potentials. Read more below.

M: Hi, Jeppe. Will you please tell us a little about yourself?

J: I hold a master’s degree in Nano Science and continued as an entrepreneur immediately after college. Experiences in this context got me interested in project management and the pharmaceutical industry. During my work in serialization projects, I experienced the need for a delivery model in which features can be delivered incrementally while requirements are changing often and with little notice. In recent years, I have been focusing on how an agile way of working may be implemented in highly regulated areas, such as the pharmaceutical industry.

M: That’s very interesting. What do you think the relation is between Automated Testing and Computer System Validation?

J: I think that as IT systems get larger and more complex, it becomes harder to ensure that a change made in one part of the system does not affect the remaining functionality. To assure yourself – and an inspector – that a change has not broken anything, you either have to come up with good arguments or do vigorous testing of existing functionality. Both approaches become increasingly difficult as a system grows and becomes more complex. Add to this a desire to implement a modern approach for delivery such as DevOps, and it becomes virtually impossible to stay in control with conventional approaches to quality assurance.

To the rescue comes Automated Testing. Using automated tests, the system can be thoroughly tested with a press of a button or even continuously according to a predefined schedule. As I see it, automation of testing is becoming a necessity simply because the other options become unfeasible. So, in short, automated testing becomes the only feasible way to stay assured that existing functionality still works in settings where the system becomes sufficiently complex or when changes need to be implemented on a continuous basis.

M: Which obstacles do you think have to be overcome in order to implement successful automation of regression testing on a user interface (UI) level – is it a question of organizational maturity?

J: I believe that choosing a suitable approach is key to any successful approach to implementing automation of regression testing. Done wrong, test automation can be unreliable, slow to establish, and definitely not worth the effort. It is of crucial importance that the effort is started where automation is at its best. Uncomplicated, but tedious tests such as verifying access to a series of services or conducting a series of variations over the same process are good candidates for this. Also, think agile: Start small and learn from it instead of attempting to automate every test at once. Automation of UI testing needs to be done right and even so, it is not guaranteed to be worth the cost and effort in all cases. This is why it is crucial to learn where and how it provides the most value before implementation is done at a larger scale. A rushed implementation will only result in frustrating experiences and less overall belief in the concept.

Actually, let me elaborate a little bit on the statement that automation of UI tests needs to be done right: While some tools for automation of UI tests would lead you to believe that anyone can build the tests, a good and consistent design is crucial for building a scalable suite of tests that are maintainable while performing reliably and accurately. As with any craft, it requires training and care to master the trade, and bad design really does show. Thus, ensure you have appropriately trained and skilled personnel to build your tests.

M: And what do you believe some of the challenges when designing automated UI tests are?

J: A significant challenge when designing automated UI tests lies in choosing a reliable strategy for identifying the UI objects to interact with. However, if the development team is aware that UI objects need to be identified using a test automation tool, this challenge can be significantly reduced with higher reliability and decreased design cost as a result. There is much more to be said about what needs to be considered when implementing automated UI tests, but I believe these pointers constitute a good place to start.

Do you need assistance with UI test automation?

Pharma IT is a LEAPWORK and AccelQ partner, and we have hands-on experience with several of the most utilized UI test automation tools. Click below to get in touch.

Do you need assistance with UI Test Automation?

Pharma IT is a LEAPWORK and AccelQ partner, and we have hands-on experience with several of the most utilized UI test automation tools. Click below to get in touch.

M: Where do you see Computer System Validation (CSV) going from here?

J: I have heard multiple statements from FDA officials saying that they are sad to see so much effort put into documentation of compliance activities in the pharmaceutical industry that it has started to harm the quality of the IT systems. According to the same officials, these are to a great extent self-inflicted requirements in the sense that it was never the intention that the CSV guideline should mandate such a level of documentation. A tight grip on a high level of documentation impacts the amount of testing being done, the utilization of modern technology, such as automated testing, and the use of efficient delivery models such as continuous integration and continuous deployments. When the majority of defects in a typical testing suite are composed of scripting errors, and when testing efforts seem to be decreasingly effective in finding defects and bugs prior to release, something needs to change. Therefore, there is a need for switching QC–focus from the creation of elaborate documentation to ensuring that IT works as intended and is fit for purpose.

M: Putting too much effort into unnecessary documentation is definitely a big problem within the industry. Do you see the beginnings of a solution to the problem?

J: Yes, in fact with the upcoming guideline document Computer Software Assurance for Manufacturing, Operations and Quality System Software, or CSA in short, on the ‘A-list’ for 2021 release, it is expected that FDA will provide more explicit guidance on the required level of documentation and provide some leeway for the use of automated testing. This would in turn enable adoption of modern delivery models with higher delivery velocity and quality as a result. So, hopefully, CSA will enable the pharmaceutical industry to get rid of documentation practices that do not add value and free resources to do work that more effectively assures the quality of IT.

M: That sounds great. What about during the past few years – which technological or organizational change has surprised or delighted you the most?

J: I would need to highlight the maturation of no-code tools for automated UI tests as a crucial technological enabler for IT in the pharmaceutical industry. Using automated tests, test coverage and frequency can increase far beyond what would be feasible for manual testing, simply due to the fact that no humans are involved in the test runs. Even though lower level testing is a central and highly important element of any good strategy for automated testing, UI tests have an advantage over lower-level tests when it comes to bridging the gap between different teams and different ways of thinking: This is due to the fact that Automated UI Tests are simulations of the end–user experience. Therefore, they provide immediate confidence that the software actually works as intended from an end–user perspective. The fact that advanced and robust automated UI tests can now be created and understood by non-developers really democratizes the testing effort and makes it feasible for many more projects to start experimenting with using automated tests.

M: Thanks a lot, Jeppe! Do you have any closing remarks?

J: First of all thank you for the opportunity to do this interview – I hope that the readers will be able to find inspiration that can be used in their own context. Furthermore, I’m really excited about the upcoming CSA guideline from FDA that I mentioned earlier, so make sure to keep an eye out for its publication! I think the new guideline, if taken to heart, can make a real and positive difference for the ways that IT projects are run, and that they can clear up a lot of confusion regarding documentation requirements.

Jeppe Resen Amossen is a Senior Consultant specializing in agile project management and test automation. Mathias Nikolaj Reidl is a Junior Consultant, as well as editor of Pharma IT Insights. 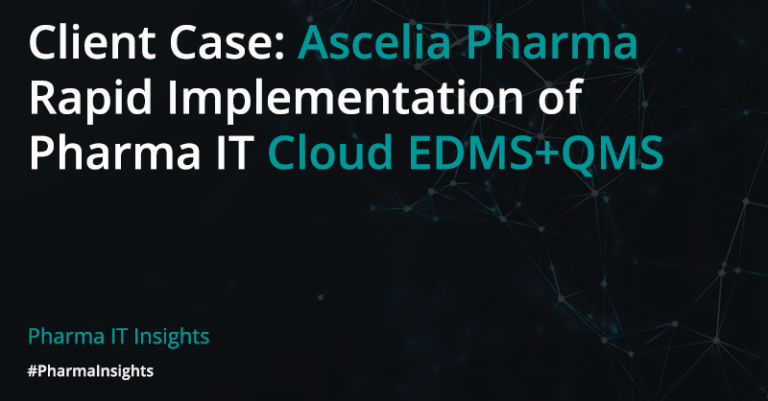 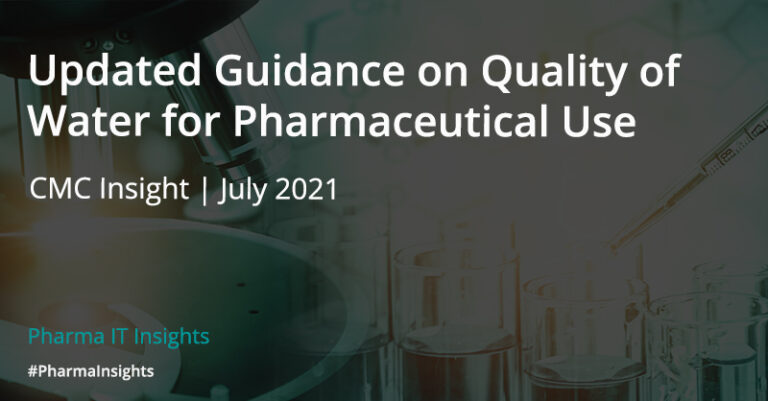 CMC Insight: Guidance on Quality of Water for Pharmaceutical Use 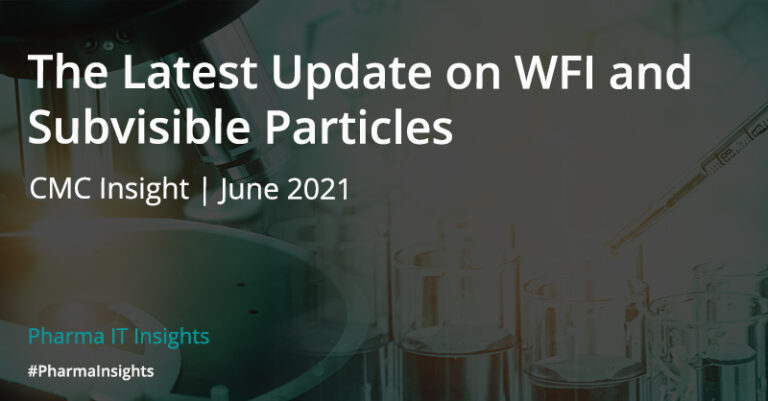 The Latest Update on WFI and Sub-Visible Particles

CMC Insight: Guidance on Quality of Water for Pharmaceutical Use

The Latest Update on WFI and Sub-Visible Particles